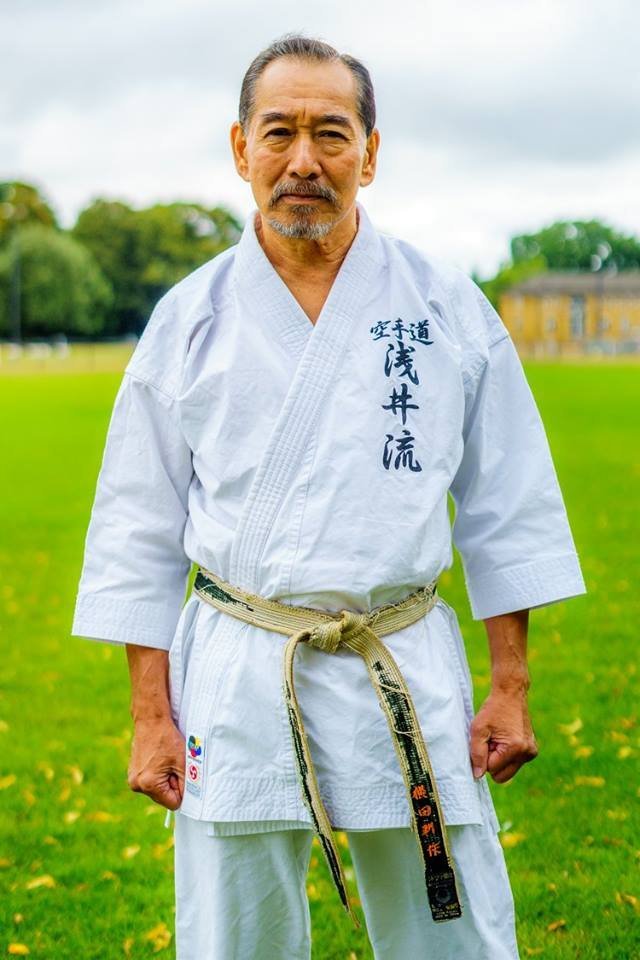 Yokota Sensei has extensive martial arts experience. Not only does he have 50 years of Shotokan Karate experience, he has also studied other styles of Karate such as Goju-Ryu and Kyokushinkai, Judo and Ki. He has experience with weapons as well, and has studied the ways of Nunchaku and Sai to deepen and supplement his knowledge and experience in Karate-do.

In 1973, he moved to Philadelphia, PA and became a full-time instructor at the ISKF headquarters as well as a personal assistant to Master Okazaki, 10th dan, ISKF Chairman.

Yokota Sensei was one of the top competitors in the East Coast Regional tournaments in the 1970’s. He returned to his hometown Kobe in 1981 to complete his instructor’s training under the late Master Sugano, 9th dan, JKA Vice Chairman. As soon as he returned to Japan, he entered the Prefecture tournament and became the champion that year, and again in the following year. He also represented his prefecture in the JKA All National Championship in Tokyo in 1981 and 1982.

Yokota Sensei returned to Tokyo in 1997 and trained in Ki under Master Nishino, Grand Master of Nishinoryu Kokyuho for two and a half years. Currently, he is Chief Instructor at Byakkokan Dojo in San Jose California. In 2013 Shihan Yokota decided to put down his position within the WJKA as technical director to form his own federations ASAI (Asai Shotokan Association International). Sensei Yokota is an 8th dan.

Shihan Kousaku Yokota, 8th dan, is a martial artist with extensive experience. With 50 years of training in Shotokan karate, he specializes in Asai ryu Budo karate. Moreover, his wide range of experience also includes training in Kobudo, specializing in the ways of the Nunchaku, and training in the art of Ki and the breathing method by Nishino ryu Kikojutsu.

Shihan Yokota started his martial arts training with Judo when he was 13 years old. Three years later, he joined the JKA affiliated dojo in his hometown of Kobe, Japan, and started his long journey in Shotokan karate. He trained under the late Master Sugano, 9th dan JKA Vice Chairman, and completed his instructors' training in 1982. In 2002, he followed the late Master Tetsuhiko Asai and joined his organization, JKS, where he remained a dedicated member until 2009.

He is the author of Shotokan Myths (2010) and Shotokan Mysteries (2013). He co-authored Kata Kyohon Vol. 1-3 (2011 – 2012). He is also a regular contributor to martial arts magazines such as Shotokan Karate Magazine, and Masters and Classical Fighting Arts. He travels extensively around the world to spread the knowledge and techniques of Asai ryu karate.