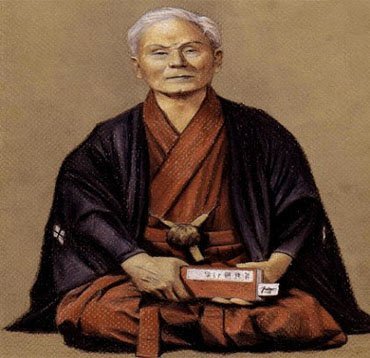 Shotokan Karate originated in Okinawa, a small island south of Japan. It was popularized in Japan by Gichin Funakoshi in the 1950s. The name “Shotokan” comes from the name “Shoto” which was Funakoshi’s pen name, meaning ‘waving or billowing pine’. Shotokan Karate is a traditional martial art. This means that improvements in character and mental discipline are as important as physical skill, if not more so.

Shotokan is a modern name given to the style of karate that developed from the Okinawan systems, and which was introduced to Japan in 1922 by Gichin Funakoshi, the father of modern karate. He was born in 1868, and studied karate from his childhood. His love of the art led the Okinawan to teach. Funakoshi first arrived in Japan in 1922, invited by the Japanese Ministry of Education to attend an athletic exhibition. His demonstration of karate was a great success, and while he remained unknown for a few more years, he was befriended by the founder of judo, Jigero Kano. Kano’s help made a great impression on him, and he never forgot his kindness. The respect and courtesy he was shown probably influenced his own teaching and philosophy.

Gichin Funakoshi is widely considered as the “father” of modern day karate.He was born in the Shuri prefecture in Okinawa in 1868 and at the age of 11 began to study Karate under two of Okinawa’s top masters.In time, He became a master in his own right and in 1922 he was invited to demonstrate karate to the Japanese public for the very first time. The demonstration was such a success he was invited to stay in Japan and teach, which he did with great success.

For Sensei Funakoshi, the word ‘karate’ eventually took on a deeper meaning than just martial arts training, transforming into what is has become known as karate-do, the ‘way of the empty hand.’ He was to modify the Okinawan art by taking inspiration from traditional Japanese budo (kendo, judo, etc) and integrated their philosophical aspects into his and his student’s training.

Shotokan Karate is meant to be accessible to all, including, women, children, and those with or without great athletic ability. The Shotokan Karate Academy (SKA) offers a caring, safe environment where children and adults can learn the art of karate.

1. Never forget: Karate begins and ends with rei. Rei has the meaning of respect.
2. There is no “first hand” in Karate. (Meaning there is no first attack, karate is about self-defence)
3. Karate supports righteousness.
4. First understand yourself, then understand others.
5. The art of mind is more important than the art of technique.
6. The mind needs to be freed.
7. Trouble is born of negligence.
8. Do not think that Karate is only in the dojo.
9. The training of Karate requires a lifetime.
10. Transform everything into Karate; therein lies the exquisiteness.
11. Genuine Karate is like hot water; it cools down if you do not keep heating it.
12. Do not have an idea of winning, while the idea of losing is not necessary.
13. Transform yourself according to the opponent.
14. The outcome of the fight all depends on the manoeuvre.
15. Imagine one’s arms and legs as swords.
16. Once you leave the shelter of home there are a million enemies.
17. Postures are for the beginner, later they are natural positions.
18. Do the kata correctly, the real fight is a different matter.
19. Do not forget the dynamics of power, the elasticity of the body, and the speed of technique.
20. Always be good at the application of everything you have learned. 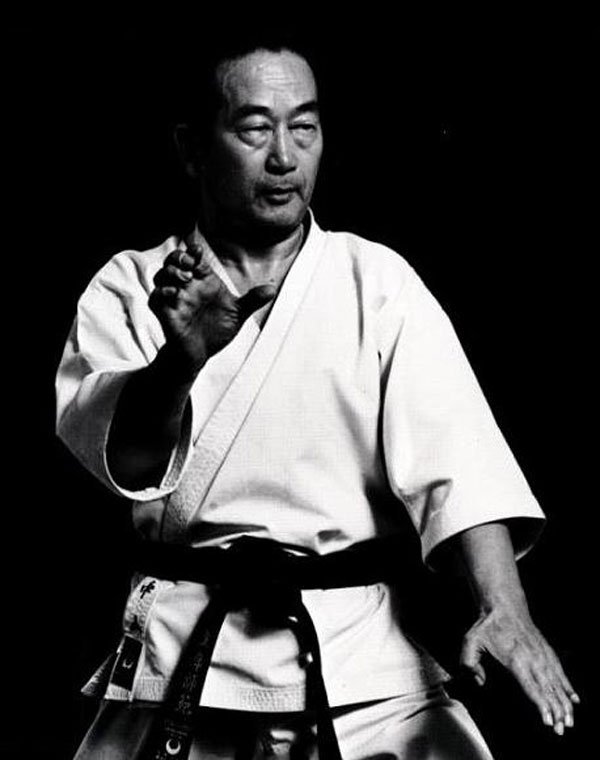 Nakayama Sensei introduced Karate to the world. Masatoshi Nakayama Sensei was born in Yamaguchi, Honshu, Japan, the 1913th He was graduated from Takushoko University in 1937 and went to Peking, China to study Chinese and various Chinese fighting arts.

Before Gichin Funakoshi died he appointed, Nakayama Sensei the second Chief Instructor for Japan Karate Association.Nakayama Sensei is responsible for the globalization of Karate through 1960 and1970, when graduates instructors from his (JKA) Elite Instructor program was sent out into the world to introduce and develop Karate.

Nakayama Sensei is also credited for having created rules for Shia competition match. At that time(late1950s) was an attempt to introduce the sporting aspect of a martial art very controversial.

These books, films and videos were based on Nakayama Sensei depth study of the principles of kinesiology, anatomy and psychology. Although Nakayama Sensei lived in Japan as Chief Instructor for Japan Karate Association, he travelled continuously around the world until his death, in order to provide instruction and demonstrations in karate. 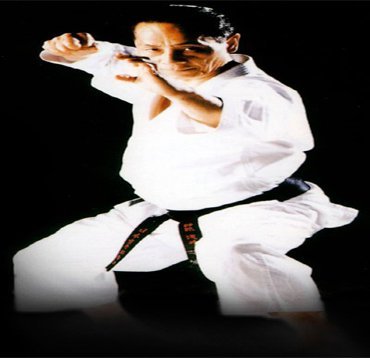 Shihan Tetsuhiko Asai was widely respected as one of the greatest masters of traditional Japanese Karate-Do.Shihan Asai has since 1940 devoted his life, body and soul to the art of Karate. Shihan Asai’s movements seemed often believed cient and his knowledge is unsurpassed as the ultimate karate techniques.

Shihan Asai has graduated from Takushoku University, where he trained under the guidance of famous masters such as: Sensei Funakoshi, Sensei Nakayama and Sensei Okazaki. After graduating from university, he started on the notorious and brutal JKA * instructor school, and after some hard trainings years he graduated as an JKA instructor.

Subsequently, Shihan Asai in 1962 was sent to Taiwan by JKA to introduce Karate. Later he was sent to China, Hong Kong, America and Hawaii where he was chief instructor for the Hawaii Karate Association for 5 years.

Shihan Asai is one of the outstanding instructors who have inkoporeret several circular techniques from Chinese martial arts.

“Tetsuhiko Asai everchanging movements, sometimes resembling a dance oxford in the air leave spectators gaping with admiration. Dodging during a kicking game, striking til Groin from below, escaping an attack by a paper-thin margin, leaping for a sword hand attack til Opponents neck, landing and reversing direction for a game sweep – som intricate and acrobatic feats as these, som of actual use in combat. He probably has no equals. His inimitable er sine source in training sice youth, Fostering powerful hips, a flexible body, deep technical skill, excellent reflexes and fearless courage ”

Shihan Asai’s personality reflected large and deep humility, as expected of a true master. To see Shihan Asai in action could only get the best karate practitioners to feel humble. His techniques and knowledge was unsurpassed and no one comes close to his karate.

Created relatively recently, the Heians were originally called Pinan from the Okinawan pronunciation of the Chinese word for safety. When introduced to Japan, Master Funakoshi opted to use the Japanese pronunciation Heian. Considered basic kata for beginning students.

Originally known in Okinawa as Naihanchi, the katas were renamed by Master Funakoshi upon its introduction to Japan to reflect the strength exhibited with kiba-dachi. Rich in fighting techniques, the Tekki family offers a plethora of close combat techniques.

(To penetrate a fortress – big)

The strong techniques of this kata emphasize hip movement. Some resemble a battering ram being used against fortress walls.

(To penetrate a fortress – small)

This kata was derived from Bassai-sho. It has a similar performance line.

Most of the elements of the Heian Kata were derived from this kata. The first movement in this kata views the sky, which symbolizes the universe and shows your opponent that you are unarmed. It was Master Funakoshi’s preferred kata.

Most of the elements of the Heian Kata were derived from this kata. The first movement in this kata views the sky, which symbolizes the universe and shows your opponent that you are unarmed. It was Master Funakoshi’s preferred kata.

This kata received its name from its principal stance, hangetsu dachi (half moon stance).

This kata is one of the most advance kata of Shotokan. Master Funakoshi called it hotaku (knocking of a woodpecker) because some of the techniques resemble a woodpecker tapping its beak against a tree.

This is a smaller version of Goju Shi Ho Dai. It is also one of the most advanced kata of Shotokan.

The quick up and down movements of this kata are reminiscent of a fling swallow. Enpi is one of the oldest kata in Shotokan. Its former name was Wanshu.

Jion is a term in Buddhism. It is also the name of a temple in China. It uses basic stances and techniques. It is one of the most traditional kata in Shotokan.

Jiin is another term in Buddhism. It has similar techniques and performance line as Jion.

The goal of this kata is to teach a student to fight against ten opponents. This is a strong kata, similar to jion and Jiin.

The first movements of this kata suggest the smoothing of water to make it as calm and even as a mirror. The triangle jump at the end of this kata is said to have a secret meaning portending to a miracle.

(crane on a rock)

The main stance in this kata (tsuruashi dachi) resembles a crane ready to strike at its prey. The movements are supposed to simulate a fight in the narrow alleyways of Okinawa. The former name of this kata was Chinto.

The name of this kata comes from its stance (sochin dachi), a strong, rooted stance. The purpose of this kata is to teach defense against a stick. Its former name was Hakko.

Chinte has a lot of circular and roundhouse techniques. These are rare and are not typical of the shortest distance between two points concept of Shotokan.

Unsu has several techniques that symbolize parting the clouds with open hands. It is also one of the most advanced kata of Shotokan.

The movements in this kata resemble waves breaking on a cliff. The former name of this kata was ni sei shi.

Wankan is the shortest kata in Shotokan.

These kata are not required. Optional kata that the advanced practitioners can practice to improve Asai ryu karate. The kata are listed by alphabetical order and not by the difficulty.